This wiki is currently under construction, so feel free to help out.
We’re a collaborative community that anyone can edit. Click the edit button at the top of any page to get started. Stub pages are a great place to get started if you want to help out!

I'm Standing on a Million Lives is a Japanese manga series with 9 volumes. An anime series is scheduled to air in October 2020.

Yotsuya Yuusuke along with his classmates Shindou and Hakozaki have been transported to a strange and unknown world inhabited by mythological creatures. As soon as they arrive, they meet somebody calling himself the Game Master who then grants them a time-limited quest. To aid them in this quest, he also bestows Shindou and Hakozaki with the roles of a Magician and a Warrior while Yotsuya is randomly granted the role of... a Farmer!? This is how a hectic life of adventuring began for three students who now have no choice but to complete the quests for several phases in the fantasy world if they want to protect the real world from the demons and monsters they encounter.

I'm Standing on a Million Lives is a fantasy series featuring a group of high school students who are pulled into a fantasy game world. 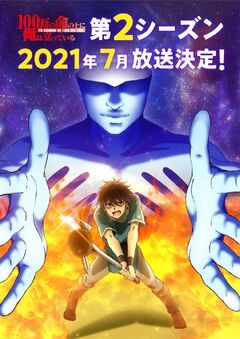 Anyone can contribute to this wiki.

To contribute an article, simply enter the article title in the box below:

You can also be part of the larger Fandom family of communities. Visit Fandom's Community Central!

Retrieved from "https://im-standing-on-a-million-lives.fandom.com/wiki/100-man_no_Inochi_no_Ue_ni_Ore_wa_Tatte_Iru_Wiki?oldid=1317"
Community content is available under CC-BY-SA unless otherwise noted.